After a series of seminar workshops conducted by the Intellectual Property Office of the Philippines (IPOPhil), Guimaras State College was able to apply seven technologies for Patent. After a couple of months of waiting, three (3) formality Examination Reports were received by the Guimaras State College- Innovation and Technology Support Office from the IPOPhil. The said Formality Examination Reports contain all the written opinion of the examiners for the applied technologies. In response, the GSC-ITSO conducted a Seminar Orientation on Patent Application Process to carefully deliberate all the details to be included in the response letter.

The seminar was conducted at the Innovation and Technology Support Office of the Guimaras State College last March 19-21, 2019. This was participated by the Vice President of Research and Extension, Dr. Lilian Diana Parreno, the Research Director, Prof. Ethel P. Junco, the ITSO Manager, Engr. Frenz Rian G. Gal and three of the ITSO staff members namely: Instr. Rodrigo G. Paglomutan Jr., Instr. Vivian S. Andaya and Ms. Daverose S. Gallego.  During the 3-day seminar workshop, discussions mainly focused on the response to the Formality Examination Reports of the applied technologies namely: Curry (Murraya koeniji) Leaves Powder, Fermented Poultry Feeds Composition and the Method of Production Thereof & Bokashi and the Method of Production Thereof. Based on the findings of the examiners, several amendments were made to further explain the novelty of the technology, to explicate that it has an inventive steps and to give clarity to its claimed features.

At the end of the seminar workshop, the drafters had their written responses as the output of the activity. As of this time, GSC ITSO were expecting four (4) more formality examination reports for the remaining four applied technologies

The FFA seal embodies a shield like shape that will defend the members of the association from all the atrocities of this challenging world.

Participate in our bidding process. 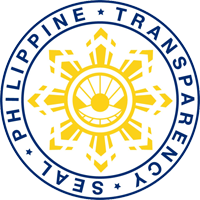 A pearl buried inside a tightly-shut shell is practically worthless. Government information is a pearl, meant to be shared with the public in order to maximize its inherent value. 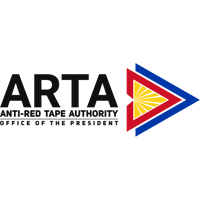 A Philippine Government that is clean, just, highly efficient, technology-enabled and people-centered which enables a high-trust society with a globally competitive service and business environment.

Freedom of Information aims to promote an open government by increasing the transparency of the executive branch and its agencies.

Contains the most current and updated service standards of the Guimaras State University.